BUILDING CHRISTMAS BY THE SEA… 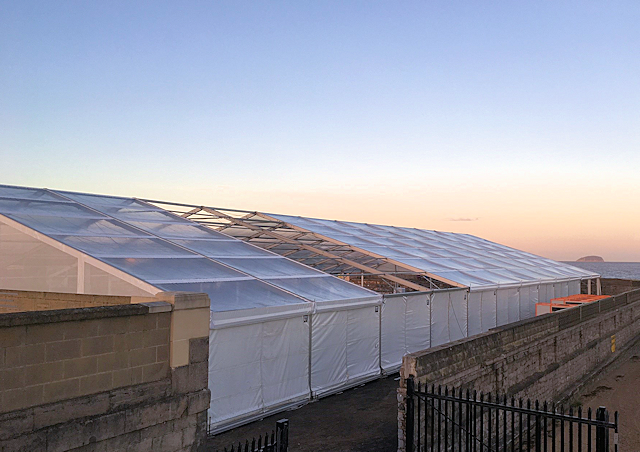 WINTER ON THE BEACH?!

Our sister company, Icescape Ltd, are working alongside the North Somerset Council to design and install a fantastically festive destination event this Winter. The location for this Christmas spectacular is the Tropicana in Weston-Super-Mare, former home of Banksy’s famous Dismaland attraction.

With the UK’s largest Winter ice rink, a Santa’s grotto and an igloo bar, there is something on offer for all the family at Icescape @ the Tropicana. The British weather certainly won’t dampen any spirits as the ice rink will be covered with a fairy light marquee canopy that twinkles above!

We are building a giant 30m clearspan structure with a transparent roof over the ice rink and have also provided the suspended flooring system on which the real ice rink will sit. The Icescape rapid freeze, real ice technology provides a smooth ice surface, which guarantees the highest standard in skating experiences.

The amazing Santa’s grotto and Icescape’s very own igloo bar are both hidden within themed inflatable structures which have also been provided by Danco, our crews have been working hard over the last few weeks on the exposed location to safely install the clear roof marquee and pop-up bar structures. It’s been no easy feat, but at least they have a view of the beach (in Winter!)

Opening on Friday 3rd November 2017, this fabulous event is not to missed and will run until Sunday 7th January 2018, advance booking is advised. On the opening night, there will be a professional ice-skating showcase by the CBBC Ice Stars and Cardiff Ice Skating Club, as well as a celebrity appearance from the All Stars ‘Dancing on Ice’ champion, Ray Quinn!