We’re extremely proud to have supplied structures this year at the Homeless World Cup in Bute Park, Cardiff, where more than 500 players came together for the week-long festival of football.

The annual event run by the Homeless World Cup Foundation was represented by players from across the globe in a head-to-head, four-a-side football tournament. The Foundation uses football to inspire people who are homeless to change their lives and feel part of something larger. It has positively impacted the lives of 1 million homeless people around the world since founding more than a decade ago. 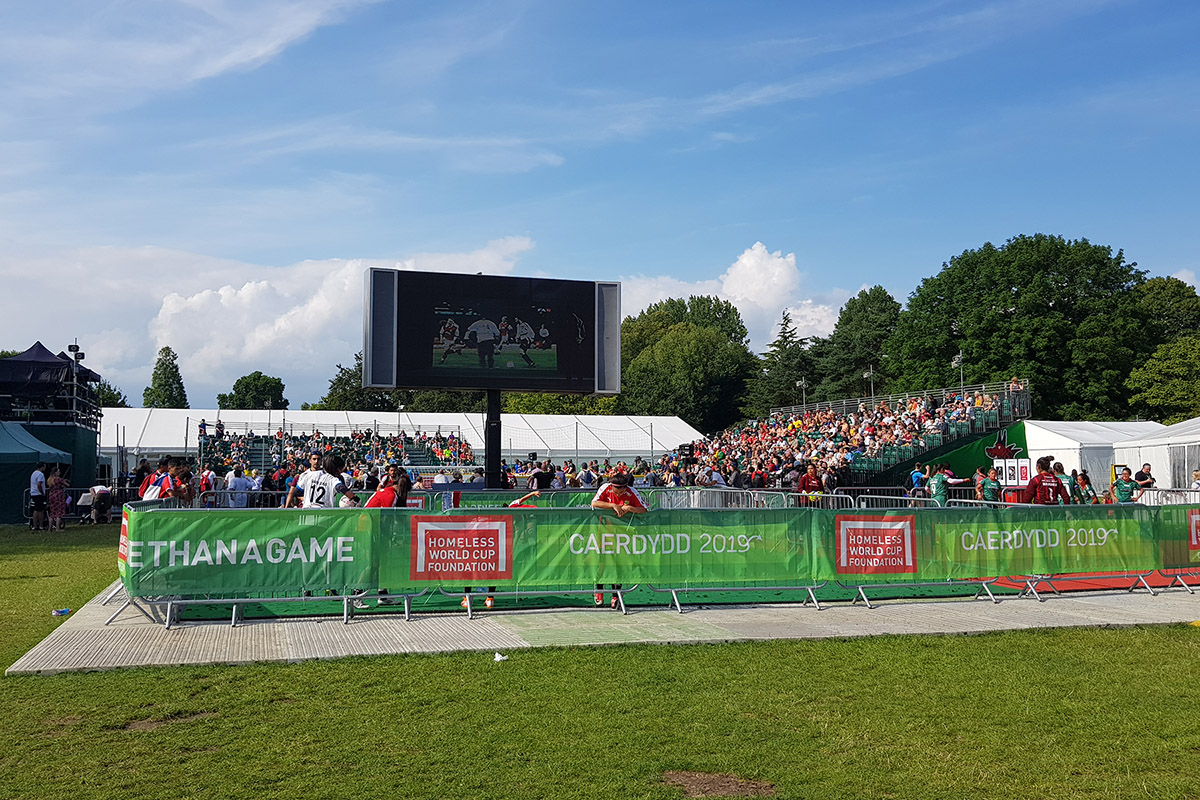 Hosted in a different city each year, this year, it was on home soil thanks to Cardiff City Council winning the bid. We were approached and asked to supply four structures – the Media Tent, Players Area, Guest Tent & Talks Tent.

Our largest structure, a 50m by 20m clearspan marquee, made up the Players Tent. This area was exclusive to players & coaches and offered a quiet space to unwind and relax between matches.

Two smaller PVC structures made up the Media and Guest Tent. Internal screens were used to create workspaces in the Media Tent, whilst the Guest Tent was a simple framed structure fitted out with a quirky interior by a local furniture refurbishment company. 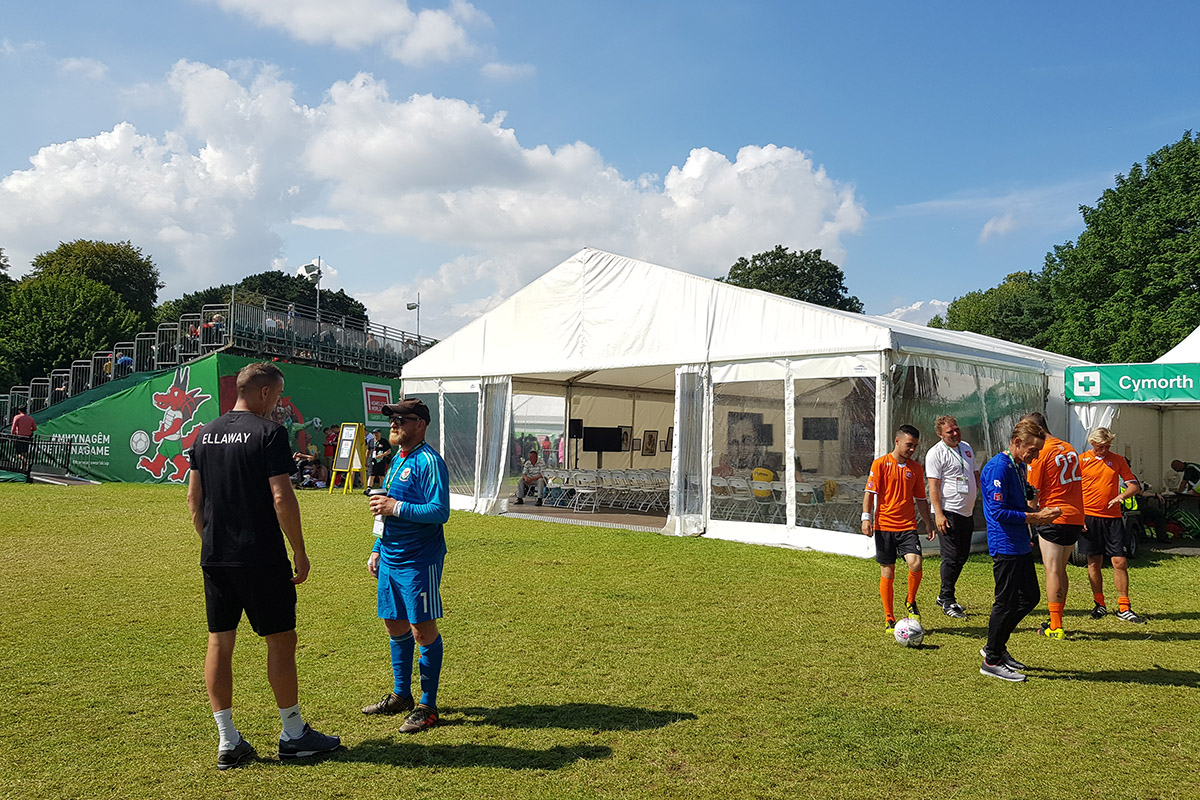 Our final structure, named the Bevan Tent, hosted talks and stand-up comedy. Fitted with clear wall panels, the space was light, and walls could be opened to control the temperature.

It was a great, inspirational event which we’re pleased to have been a part of. Why not read more about the inspiring work the Foundation do! 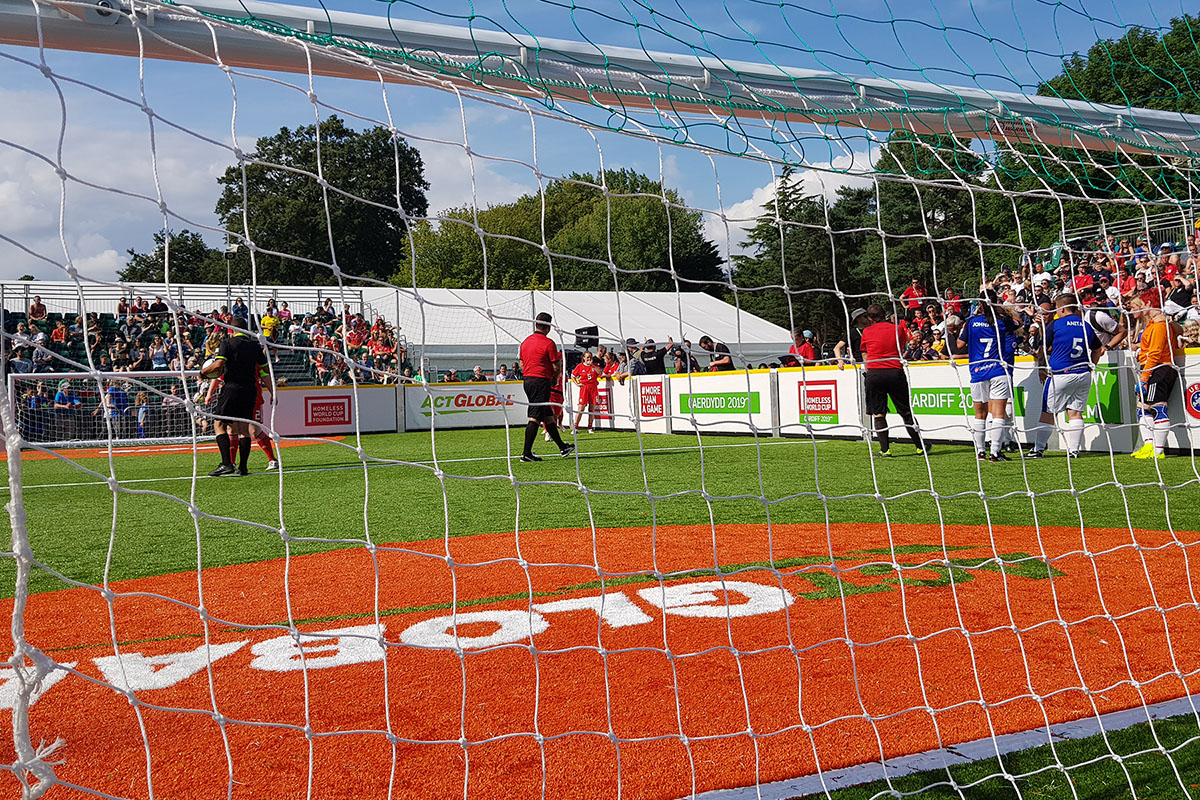